September 18, 2022: The closing ceremony of ‘International Exchange Program’ organized by Advanced College of Engineering and Management (acem), Nepal in association with Kibbutzim College of Education, Technology and the Arts, Israel was held in the premises of acem amid the enthusiastic participation of special guests, coordinating institutions, faculties, staff, and students. His Excellency Mr. Hanan Goder, Ambassador of Israel to Nepal graced the program alongside the intellectuals of Israel.

acem in collaboration with Kibbutzim College had formally begun the program from the 5th of September, 2022. This 2 weeks long program aimed to empower two government and semi-government schools of Kirtipur, Kathmandu, namely, Janasewa Secondary School and Panga Secondary School. During the course of the program, students also visited various institutions of Kathmandu including Special School for Disabled and Rehabilitation Center.

Dr. Adiv Gal, profound Professor of Kibbutzim College expressed his gratitude to the acem team for organizing such a productive program. He asserted that such exchanges help to uplift the overall skills of students as well as promote the culture of both nations. He had then enlightened the audiences on project management and also upon other relevant concerns. Similarly, Ms. Sabita Deshemaru, International Migration Consultant at Center for International Migration and Integration (Jerusalem) & also one of the coordinators of the program highlighted the bilateral relationship between Israel and Nepal. She also expressed how such programs help to overcome the underlying challenges of the education system.

Mr. Kapil Dev Regmi, Executive Director of acem, welcomed His Excellency Mr. Goder, special guests, Kibbutzim and acem family with warm regards for their contribution in this program. “We are proud to share that we have successfully conducted this exchange program. Likewise, we hope that our students will also receive similar opportunities and experience the education of Israel.” Mr. Regmi stated. “Moreover, we really appreciate the precious time of His Excellency today and also supporting us always.” He added.

Er. Lochan Lal Amatya, Principal of acem, shared his gratification to the Kibbutzim family and to the embassy of Israel to Nepal for their constant support and coordination. He also mentioned that acem is ready to cooperate with such programs even in the future.

During the program, students presented their research and exploration of the two weeks. His Excellency Mr. Hanan Goder honored the students, coordinating team & organizations with ‘certificate of participation’ and with a ‘token of appreciation’ respectively. 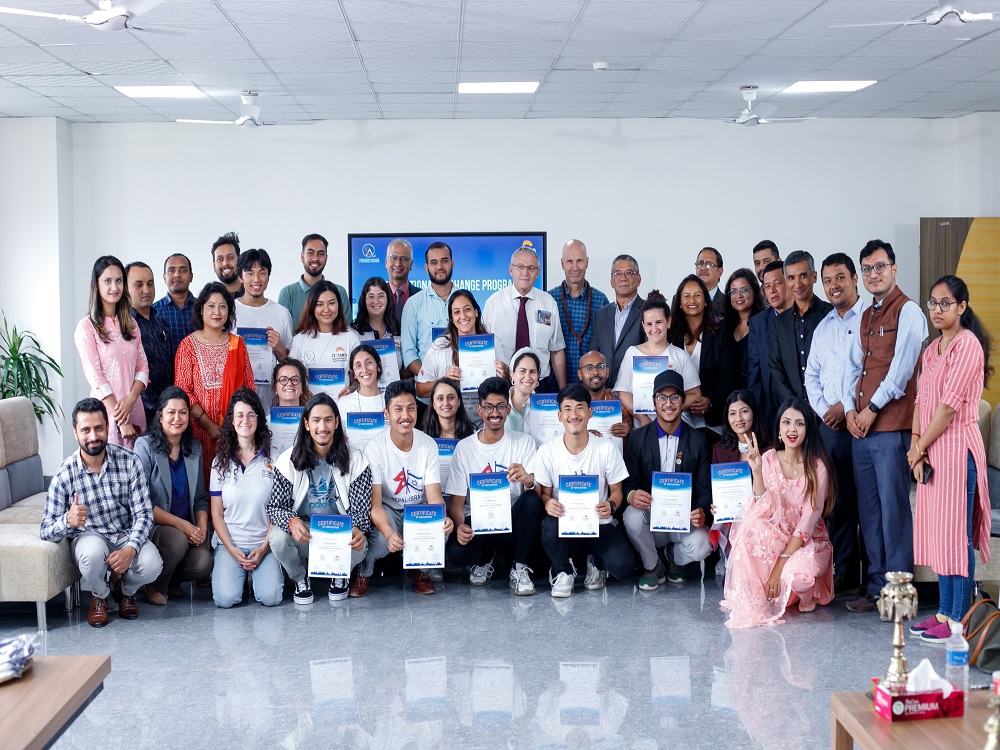